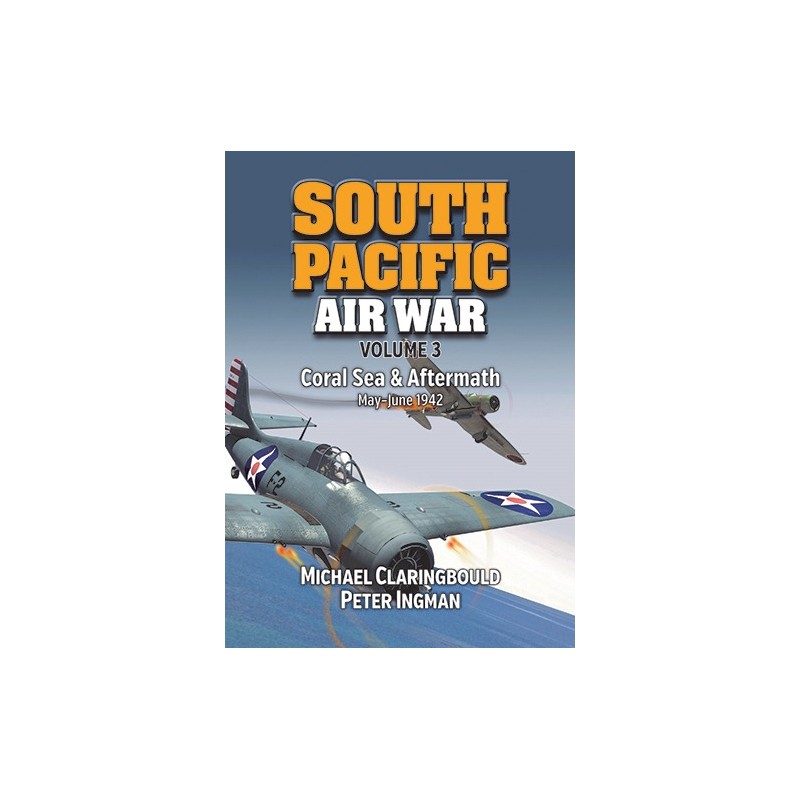 This third volume chronicles aerial warfare in the South Pacific during the critical months of May and June 1942. It can be read alone or as part of a trilogy that spans the first six months of the Pacific War and culminates in the Battle of the Coral Sea.

In early May 1942 the Japanese launched Operation MO, a complex plan that involved the seizure of Tulagi and Port Moresby. Within the context of an ongoing regional war waged by land-based air forces, opposing fleet carriers were drawn into conflict for the first time in history. The result was the Battle of the Coral Sea, resulting in the loss of the USS Lexington and the withdrawal of the remaining American carrier.

The orthodox view of Coral Sea is of an Allied victory whereby the Japanese were forced to abandon their plan to capture Port Moresby. However, the authors make a compelling argument that the Japanese capacity to mount the invasion was largely intact and it was a serious error by their rigid and hierarchical command structure to postpone the invasion at this critical time.

Following the Coral Sea battle, the bloody aerial campaign continued in earnest between the land-based air forces. This resembled something of a slugfest between the opposing bases of Lae and Port Moresby - just one hour's flying time apart.

The Allied offence was waged by American B-17 Flying Fortress, B-25 Mitchell and B-26 Marauder bombers shuttling up from Australia. Protecting their critical base at Port Moresby were a few hard-battling P-39 Airacobra squadrons, which suffered an astounding loss rate during this period.

On the Japanese side, their formations of Betty and Nell bombers regularly pounded Moresby, and by June had begun targeting its vulnerable harbour. These were protected by the wide-ranging Zero fighters of the famed Tainan Kokutai, whose fighter pilots were amongst the best and most experienced to be found on any front during the Second World War.

Never before has this campaign been chronicled in such detail, with Allied accounts matched against Japanese records and supported by the most accurate artwork ever produced of this era. Both authors are uniquely qualified to tell this story. Raised in Port Moresby, Michael Claringbould is a globally acknowledged expert on the New Guinea conflict and both Japanese and USAAF aviation of this period. Peter Ingman is an acclaimed military history author specialising in the early part of the Pacific War.