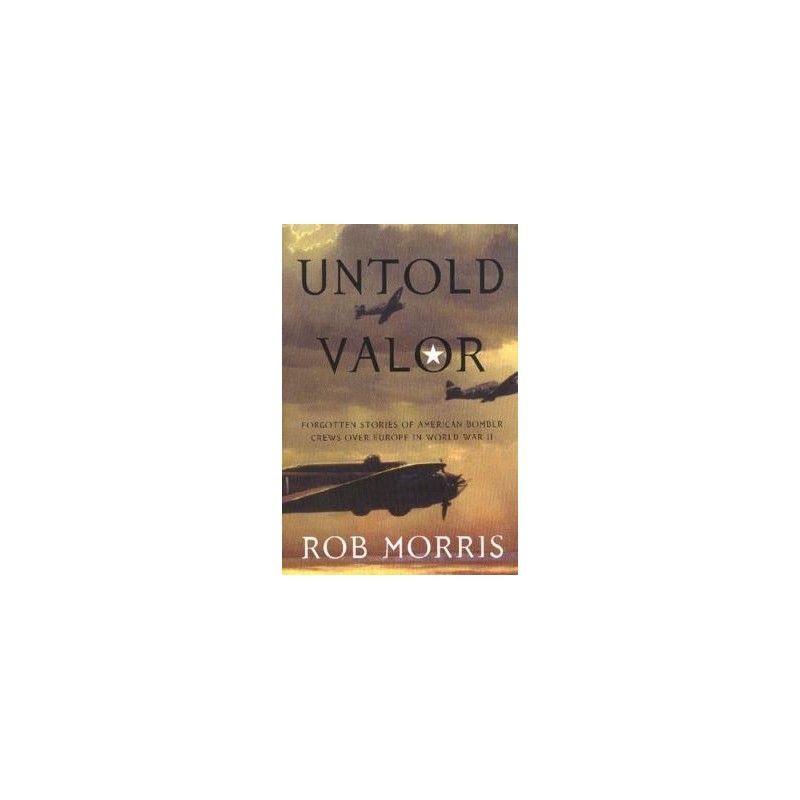 - For the men of the Army Air Corps in early World War II, the chance of surviving the obligatory twenty-five missions without death, injury, or imprisonment was one in three. In this groundbreaking book, Rob Morris has sought out remarkable but little-known stories of the air war from the men who lived and fought it.

Based on hundreds of interviews with American veterans and their families, Untold Valor illuminates the courage of airmen whose exploits have until now remained untold. Read about Jewish aviators experiences as POWs in German camps. Learn about American airmen who were imprisoned, even killed, by the neutral Swiss and about two Air Corps enlisted men who changed U.S. policy toward liberated concentration camp survivors. Also discover the unusual story of Luftwaffe commander Herman Goerings nephew, who flew B-17 missions against Germany. While some of the stories cover major events, most are about incidents and individuals misrepresented or overlooked by history books. Yet their efforts were vital, their lives forever changed.

Detailed and moving, Untold Valor is certain to interest the serious air historian and the casual reader alike. With a foreword by the editor of B17s Over Berlin.