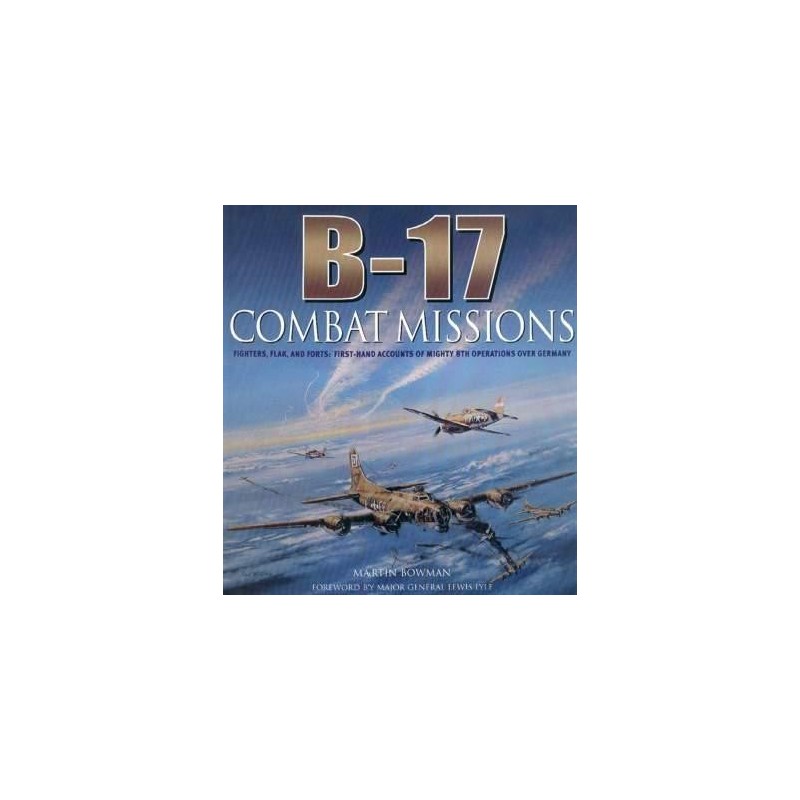 The B-17 Flying Fortress is, along with the British Avro-Lancaster, the most famed heavy bomber of World War II. More than 12,000 B-17s were built and the planes were the mainstay of the Eighth Air Force's campaign of daylight precision-bombing raids on targets in Germany and the occupied territories.

Unsurprisingly, given the B-17s pre-eminent role in the war, many books have been published on the aircraft and the men who flew in them. These fall into two categories. On one hand there are the largely text-only books recounting the experiences of the airmen who flew B-17 missions (most famously, Brian D. O'Neill's Half a Wing, Three Engines and a Prayer, and John Comer's Combat Crew): on the other are the many illustrated books that focus mainly on the plane's technical development and capabilities.

Uniquely, B-17: Combat Missions combines the two approaches, describing in detail both the technical role of each crew-member, and following this up with extensive first-hand reports, many drawn from previously unpublished oral histories, showing what it was like to be, for example, a ball-turret gunner or a co-pilot. Equipment is described in detail, as is what it was like to use it. Throughout the book, the text is accompanied by newly commissioned and archive photos.

In the introductory and final chapters, daily life is described for the airmen when not flying on missions. Photos of magazines, posters and other items of memorabilia evoke the atmosphere of the time, complementing the vivid picture drawn of the brave men of the US Eighth in action in the 'wide blue yonder'.

Martin Bowman is the author of eighty-six books on USAF/USN and RN/RAF operations. For many years he has been a frequent contributor of photographic and written articles to Flight International, Rolls-Royce Magazine, and Aeroplane Monthly. Major General Lewis E. Lyle (USAF Retd) led the 379th bomb group in World War II.