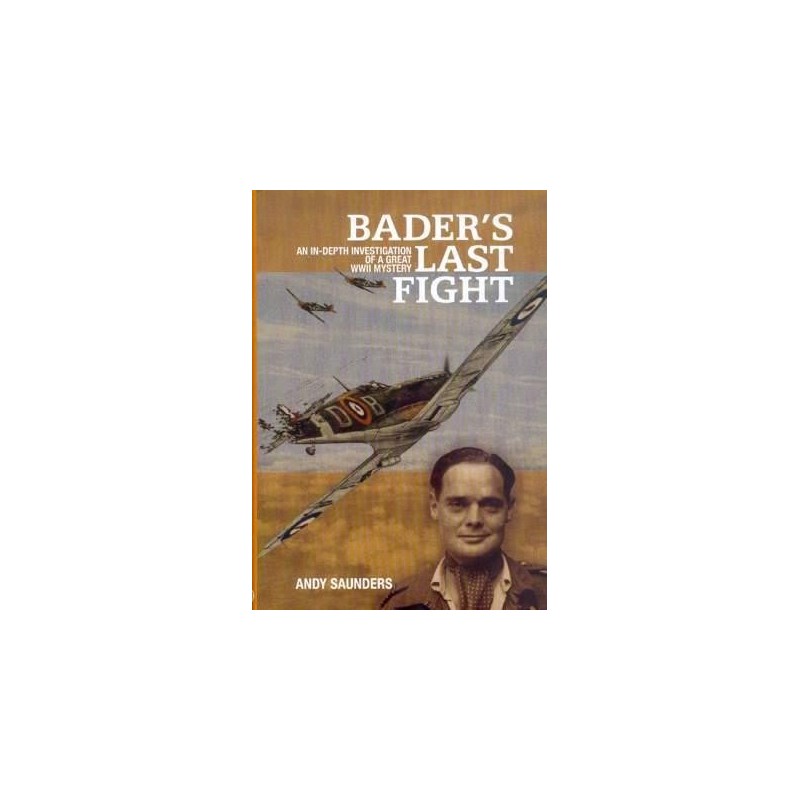 There has been much debate and controversy among historians and in 2003 the author of this book revealed for the first time that Bader may have been victim to friendly fire. That revelation was followed by interest in the national press and later by a TV documentary screened on Channel 4 in August 2006.

In this book aviation historian Andy Saunders develops his hypothesis, backed up by strong evidence and a wealth of statistics, and separates fact from fiction. He expertly dissects all the material relating to the day itself, and subsequent events. He has also continued the quest to find the legendary fighter pilots aircraft, which holds vital clues. And he has startling new material to divulge here also.

This book will fascinate all who read it and will be seen by most observers to be the final word on one of the great mysteries of the entire war.