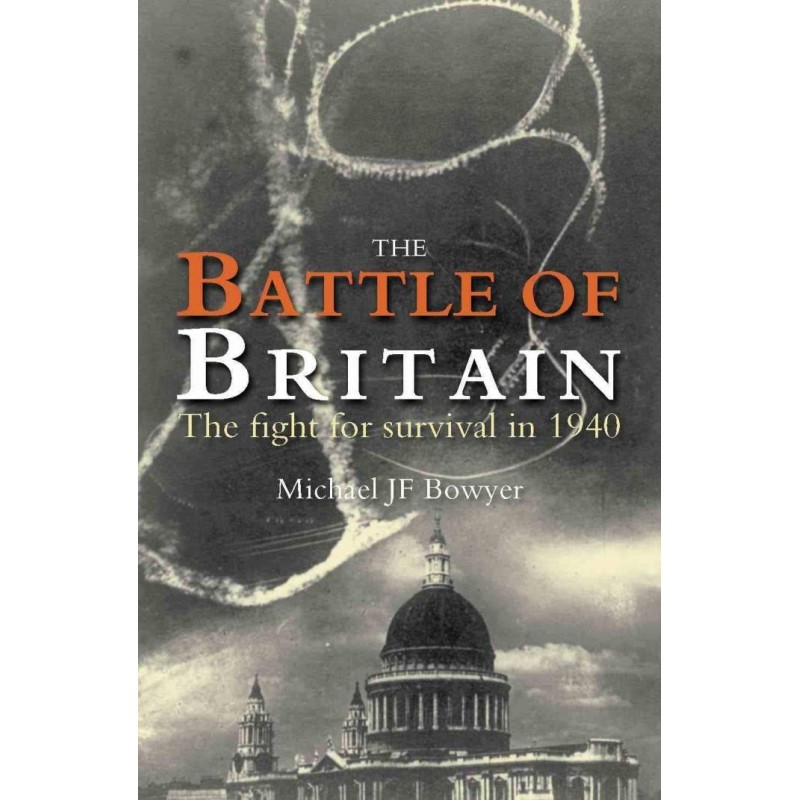 THE BATTLE OF BRITAIN. The Flight for Survival in 1940.

Clear blue skies laced white with vapour trails of fighting aircraftpetrol-filled beer bottles in the garden shed to repel the panzersstreets deserted when the Prime Minister was on the wirelessradar screens picking up German fighters and bombers approaching the English coast.

Michael Bowyer tells the story of the Battle of Britain day by day detailing squadrons, aircraft types, locations and people together with an analysis of the success or otherwise of German raids. The battle is also viewed in the wider context of the war in which both Bomber Command and Coastal Command played a vital role.

Still at school at the time, Michael Bowyer also applies his unrivalled skill to recreate the scene of that finest hour using snippets from official notices, the words of Winston Churchill and items of incidental information to help conjure up the atmosphere of the time. More than that, he imbues it with a relish for evoking a way of life unimaginably different from today.

THE BATTLE OF BRITAIN. The Flight for Survival in 1940.