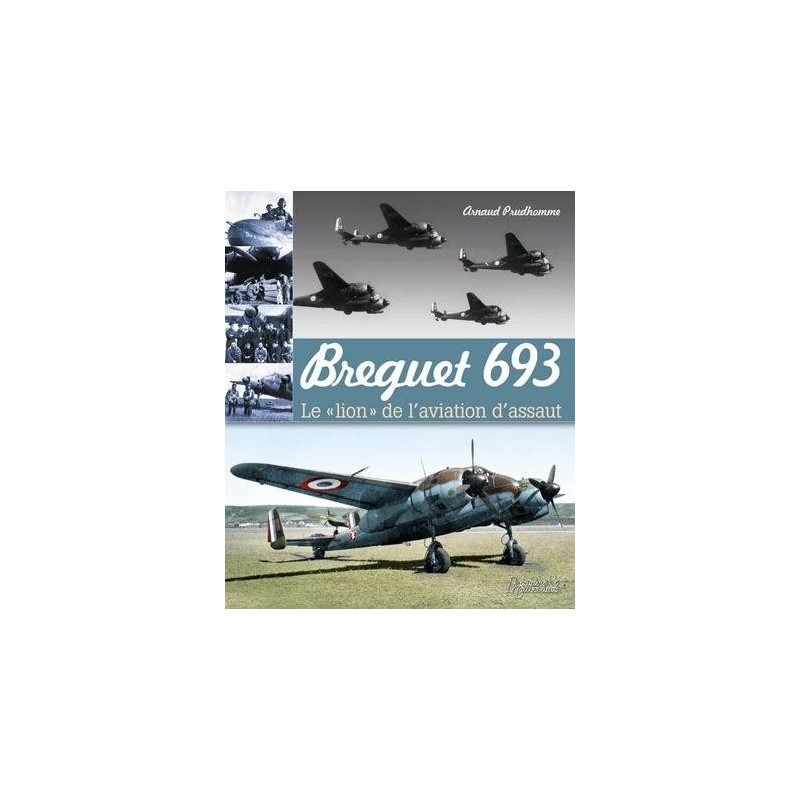 Derived from the Breguet 690 which was built at the beginning of 1936, the Breguet 693 had its baptism by fire in May 1940: eleven aircraft of the GBA 1/54 were engaged in the region of Maastricht against the Germans. Unfortunately the ground assault tactic utilized proved to be disastrous, rendering the aircraft particularly vulnerable and ten among them, decimated by the flak, never returned. The Breguet 693, a two-seat twin-engine bomber carrying a pilot and a machine gun back-to-back, was also one of the first French aircraft to be equipped with radio communication. Like many units however, the assault groups were eventually pulled out of North Africa, and due the German occupation, this particular model saw no other future developments.