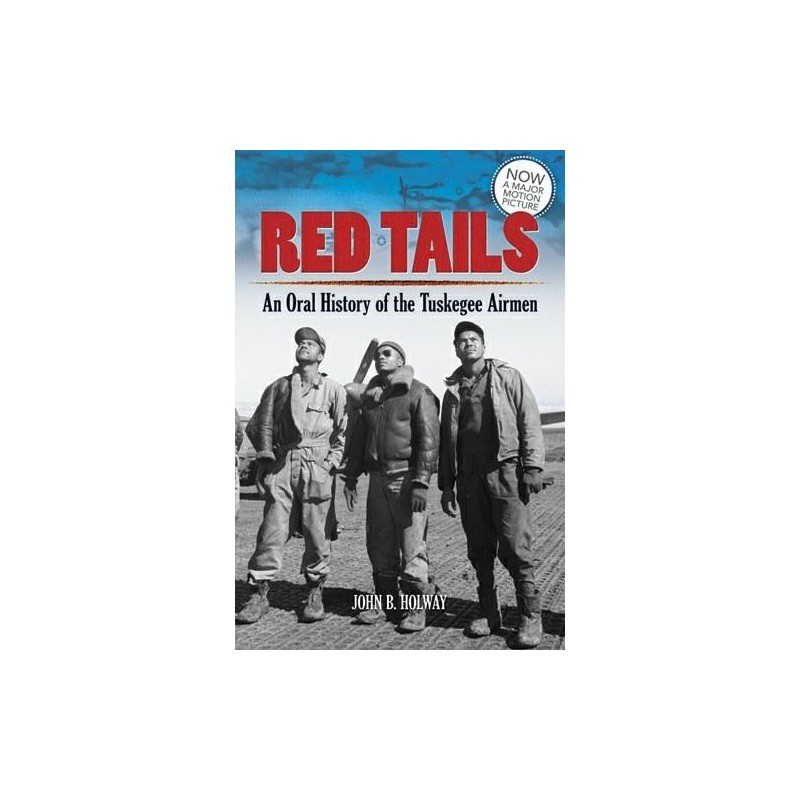 RED TAILS. An Oral History of the Tuskegee Airmen.

The first group of African-American pilots in the history of the U.S. military, the Tuskegee Airmen had to battle discrimination at home before they could join the fight abroad. Trained at Alabama's Tuskegee Institute, they overcame racial bias during World War II as the 332nd Fighter Group and the 477th Bombardment Group of the Army Air Corps. The pilots of the 332nd made their reputation escorting B-17s and B-24s on long bombing runs over Central Europe. Nicknamed "Red Tails" for the crimson tips of their P-51 Mustang fighters, the airmen were also known as the "Red-Tailed Angels" by their admiring bomber crews.

Based on extensive interviews with members of the Tuskegee Airmen, this inspiring book offers insights into the prejudices the Red Tails had to overcome and recaptures the drama of wartime service. As veteran Charles McGee noted, "The story of the Tuskegee Airmen isn't a black story, it's an American history story, and the youth of America need to know about it." The primary source for the George Lucas film, Red Tails, this volume includes sixteen pages of historic black-and-white photographs and was praised by Library Journal as "an important addition to any African-American history and/or military studies collection."

RED TAILS. An Oral History of the Tuskegee Airmen.