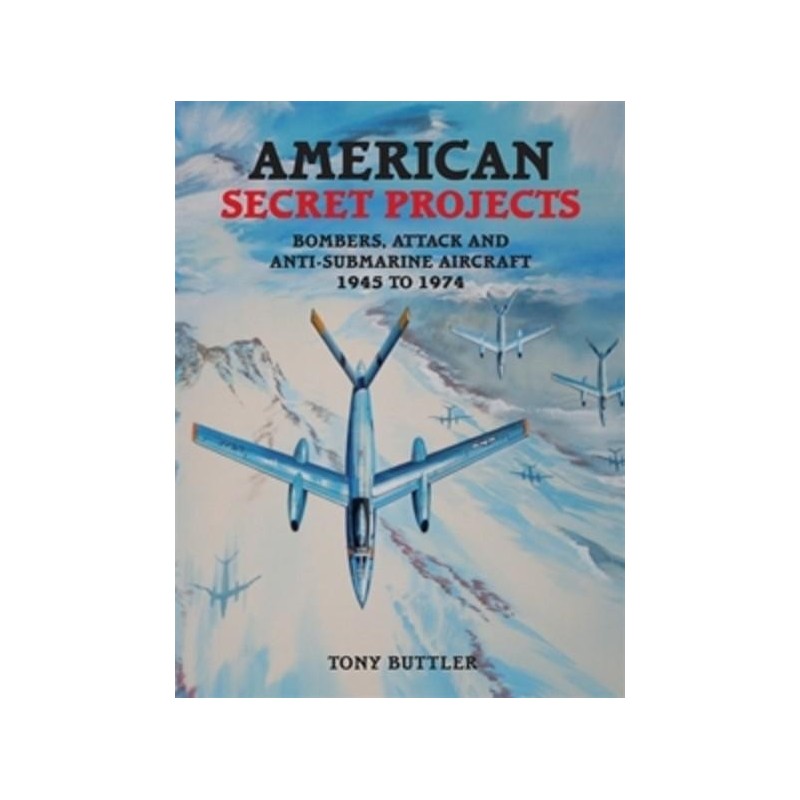 The Secret Projects series is now well established with both aviation historians and modellers. American Secret Projects: Bombers, Attack and Anti-Submarine Aircraft 1945-1974 describes the important area of post-World War 2 bomber development in the United States. During the period to the 1970s, the USAF operated several classes of bomber - heavy long-range types for strategic operations, medium bombers and fighter bombers for interdiction and ground support. The US Navy had its own series of attack aircraft and bombers for delivering nuclear weapons, while the anti-submarine aircraft was another area to be examined in considerable depth. As a superpower, America was also able to look at some of the more unusual approaches in the creative process - for example, bombers propelled by nuclear propulsion.

Many of the aircraft that entered service or flew only as prototypes resulted from design competitions involving many other proposals which, for one reason or another, never left the drawing board. Following the traditions and format of previous Secret Projects titles, this book examines many of these un-built proposals but, at the same time, gives a full overview of American bomber development from 1945 to the early 1970s.

The text opens with the first post-war jets and closes with the Rockwell B-1. It is illustrated with many general arrangement drawings and original manufacturers' models and artworks and many of the designs have never been seen in print before. Appendices give a list of all known bomber projects plus details of specifications.