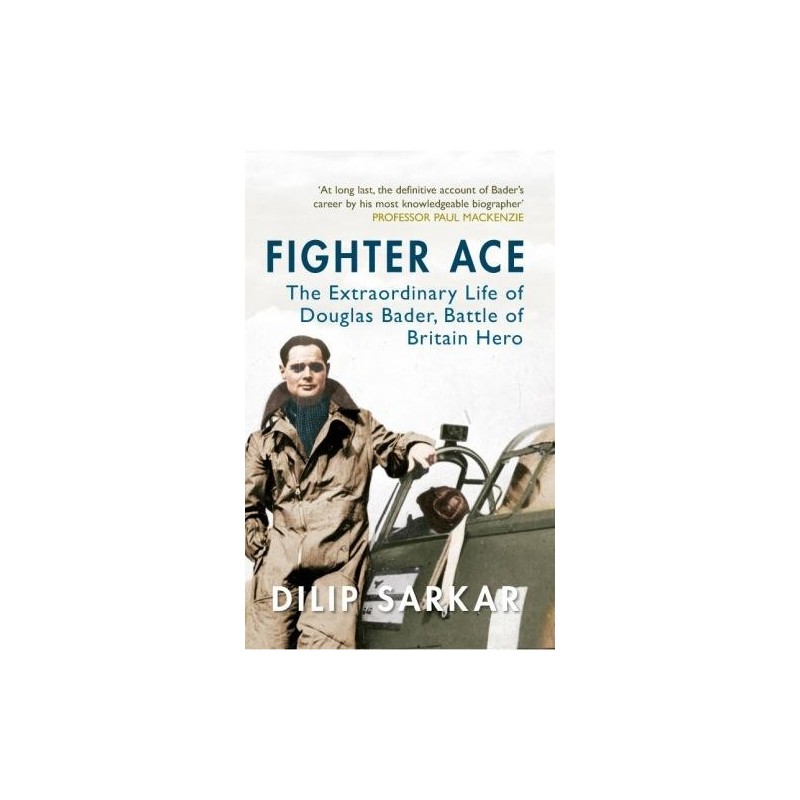 The story of Douglas Bader, the RAF fighter pilot who shot down twenty enemy fighters during the Second World War despite having lost both his legs, defies fiction. A fighter ace and highly decorated war hero, he became a household name in the 1950s thanks to the bestselling book and blockbuster film Reach for the Sky which charted his wartime exploits. Indeed, his name remains the one the general public associate most with the Battle of Britain.

That he overcame his disability and flew into battle leading squadrons of Spitfires and Hurricanes in the epic air battle of summer 1940 is truly remarkable. Baders first aerial victory a Messerschmitt 109 was recorded over Dunkirk on 1 June 1940. During the subsequent Battle of Britain this remarkable airman claimed the destruction of seven more enemy aircraft: Me 110s, Do 17s, Ju 88s and another Me 109 falling to his guns. The legless airman was, of course, rich material for the propagandists, who lost no time in manipulating his exploits to increase Britains morale. Newspaper reports and radio broadcasts of his aerial victories abounded.

Dilip Sarkar has spent over twenty years researching the life and times of Douglas Bader. The result is this book, written in close co-operation with his fellow wartime pilots, which deconstructs the popular myth cemented by wartime propaganda and the 1950s book and film Reach for the Sky.