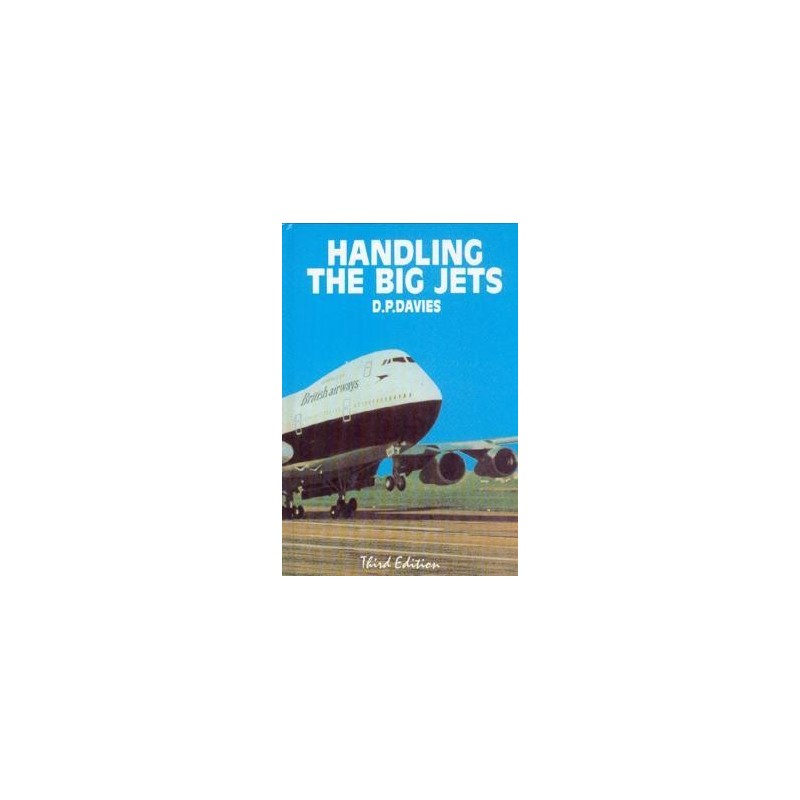 - The first and still the only textbook on jet aircraft handling qualities.

- This edition includes chapters on the Boeing 747 and asymmetric flight as well as up-to-date revisions to the text.

Pilots looking to advance their careers inevitably face the prospect of having to perform for airline interview panels and simulator check rides. For some of us this can be a daunting experience as we feel ill equipped because of lack of exposure to big jet techniques.

Remember the old adage -the bigger they are, the easier they are to fly.

So the essence of this book is about relationships, and aerodynamics. For the uninitiated, the differences between piston engine or turbo-props and jet transports are most pronounced during take-off, landing and encountering severe weather. Davies covers these phases of flight in depth and as such forms an essential part of this book.

Handling the big jets is an authoritative text for those aviators and students interested in making the jump from light aircraft to heavy jets, and learning about the techniques and flying qualities of these aircraft. This text will be particularly useful for pilots who are looking to transition from light aircraft to jets, or the new hire facing their first jet endorsement, and narrow body crew going wide body.

Whats inside? This third edition includes 324 pages with black and white photos, plenty of graphs, and a pull-out systems diagram sheet explaining flight controls and hydraulics of the Boeing 747.

Flight through severe weather The history and choice of rough-air speeds, various types of severe weather, The contribution of the autopilot, The flight instruments, Physiological behavior in violent turbulence, Use of weather radar, Review of piston versus jet flying qualities, Closing the loop, Flight techniques in severe weather, Jet upset recovery.

If your considering doing a pilot interview for a major airline, this book will help you overcome some of the knowledge gaps going from piston flying to big jet flying. Luckily, the bigger they are the easier they are to fly. I recommend this book for those aviators and others seriously interested in heavy aircraft operations.

Flying the big jets or high performance aircraft is a challenging but rewarding career for men and women of all ages and nationality. The introduction of the airbus A380 and the Boeing 747-800 still holds a fascination for the crews of today, just as it did for those in the late 1950s when the DC 8 and the Boeing 707 and the jumbo jet first took the sky and captivated a new breed of aviators. Whether its an Airbus or a Boeing flying big jets is the height of ones flying career. Those who have been up the front for a cockpit landing or had the pleasure of a flight in a 747 flight simulator know theres something special about the big jets.