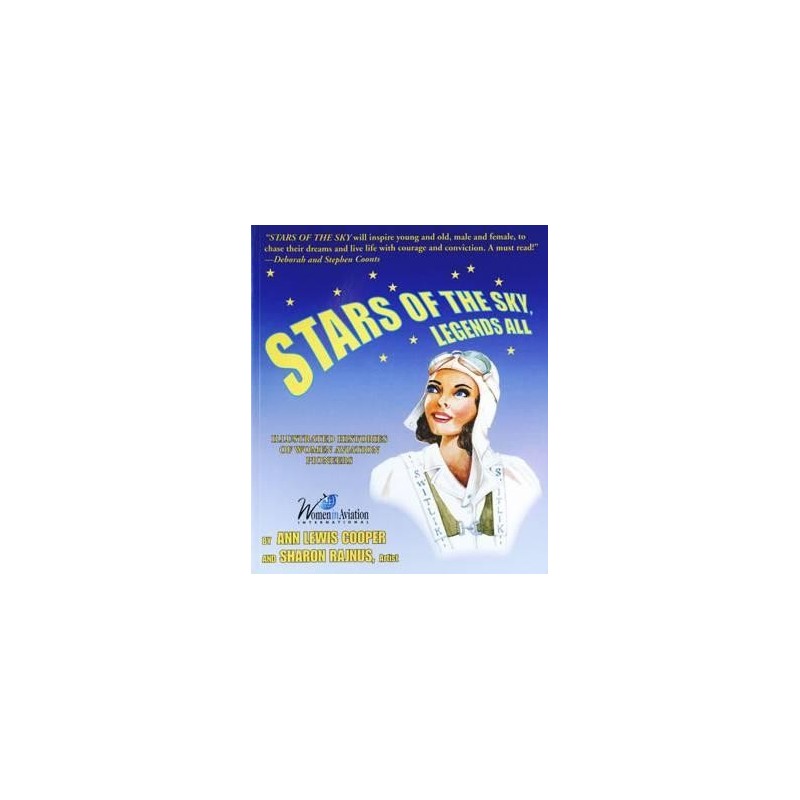 STARS OF THE SKY LEGENDS ALL. Illustrated hitories of women aviation pioners.

- With the full force of culture and convention ranged against them, women have nonetheless been taking to the air almost from the first. And because of all the obstacles they have faced, these women in aviation have had to show a rare degree of courage, ambition, and skill.

Stars of the Sky celebrates these women--the wildly daring, the pioneering, and the implacably determined--and their remarkable achievements. In profiles illustrated by aviation artist Sharon Rajnus, accomplished writer and flight instructor Ann Cooper introduces readers to fifty female stars of the sky.

Among these women are many firsts (first black female aviator, first female aircraft designer, first woman to fly solo around the world, first female airline manager, and first female Thunderbolt pilot). Rajnus also profiles women who have made singular contributions, from a flight surgeon and a daredevil sky-writer to an Eskimo bush pilot and air traffic controller, as well as record setters such as a long-distance record holder, a Hellcat test pilot, and a golden age air racer.

The pictures and stories in Stars of the Sky bring these women, their personalities, their passion for flying, and their legend-worthy experiences to clear, colorful, and vibrant life.

STARS OF THE SKY LEGENDS ALL. Illustrated hitories of women aviation pioners.