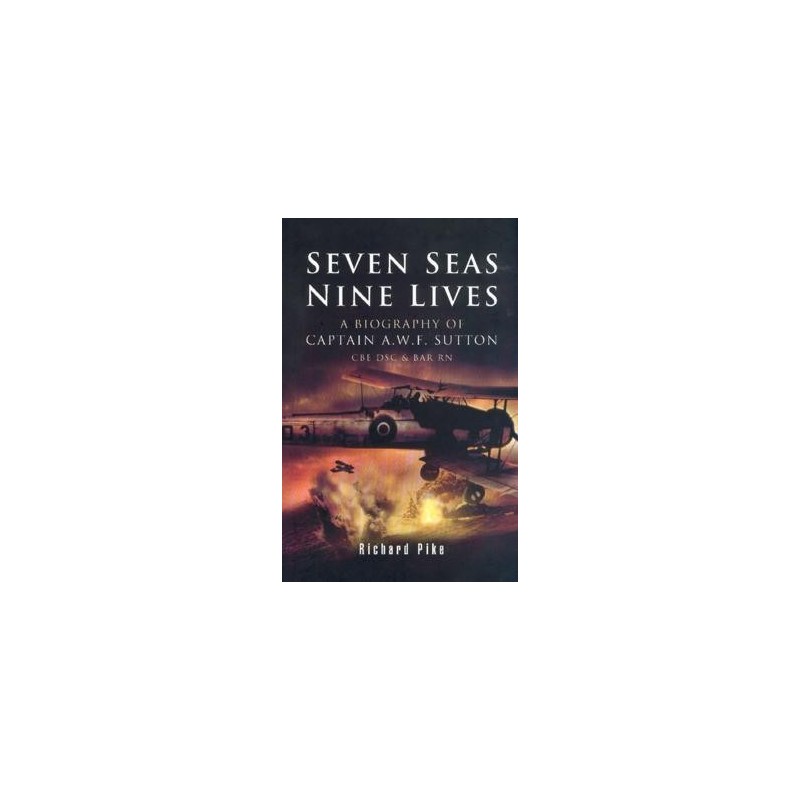 Captain Alan William Frank SuttonÕs enthralling biography starts when, as a young midshipman he was in command of a small picket boat returning a potentially mutinous crew to the battle-cruiser HMS Repulse on which he served. The book builds to an amazing and exciting climax which ends in the open cockpit of a Fairey Swordfish torpedo bomber during the legendary attack on the Italian fleet at Taranto in November 1940. ÔThe Littorio sees us: she opens fire. The flashes of her close-range weapons stab at us. First one, then others Ð everything opens up along her whole length. WeÕre coming in on her beam: weÕre in a terrible mass of cross-fire Ð cruisers, battleships, shore batteries, the lot. The bloody Italians are firing everything apart from major armament. But weÕre lowÉtoo low for the enemy gun-aimers. The place stinks of cordite and incendiaries and burning sulphur. Everywhere is wreathed in smoke Ð thick, choking, foul stuff.Õ This biography has been written with the full cooperation of Captain Sutton who has given the author fascinating insight into a career of remarkable courage and diversity.