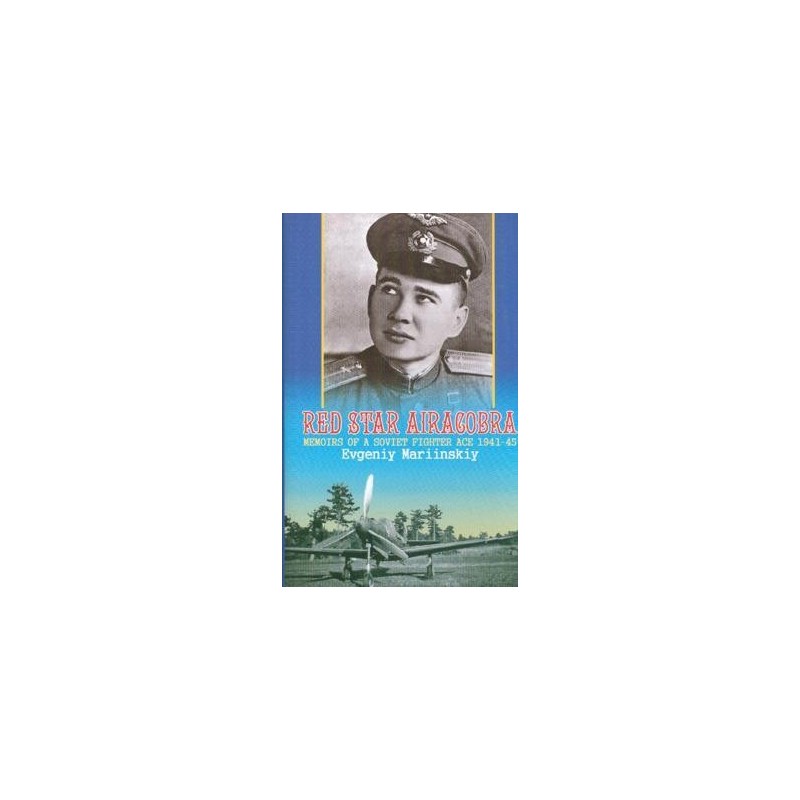 Evgeniy Mariinskiy, a Soviet fighter ace and Hero of the Soviet Union, shot down 20 enemy planes in aerial combat over the Eastern Front between 1943 and 1945. He frequently engaged enemy fighters and bombers, shot down many but was himself shot down several times. This is his extraordinary story. His vivid inside view of the ruthless war in the air on the Eastern Front gives a rare insight into the reality of fighting and tactics of the Red Army Air Force. In his own words, and with a remarkable clarity of recall, Evgeniy Mariinskiy describes what combat was like in the air, face to face with a skilled, deadly and increasingly desperate enemy. The reader can follow his career from an unskilled novice who has just arrived at his regiment through to him becoming an ace, and Hero of the Soviet Union, under the leadership of experienced commanders. The terrifying moments of action, engagements with enemy fighters, forced landings, nervous strain before attacks, loss of comrades and everyday life of pilots - all these aspects of a Soviet fighter pilot's experience during the Great Patriotic War are brought dramatically to life in his memoirs. In his memoirs Mariinskiy describes tactics which enabled him to have an upper hand in dog-fights against experienced German pilots.

The grand strategy of the campaigns across the Eastern Front is less important here than the sequence of engagements that were the first-hand experience of the author. It is this close-up view of combat that makes Evgeniy Mariinskiy's reminiscences of such value.

- A gripping and superbly readable memoir of the war in the air over the Eastern Front 1943-45, penned by a Hero of the Soviet Union and air ace credited with 20 victories

- Covers the author's full aviation career including training and his initial experiences over the front, as well as his increasingly successful combat with a skilled enemy

- Evgeniy Mariinskiy served with the 129th Guards Fighter Regiment 1943-45, undertaking 210 sorties, participating in 60 air-to-air engagements and shooting down 20 enemy aircraft. In 1945 he was awarded the Gold Star of Hero of the Soviet Union.