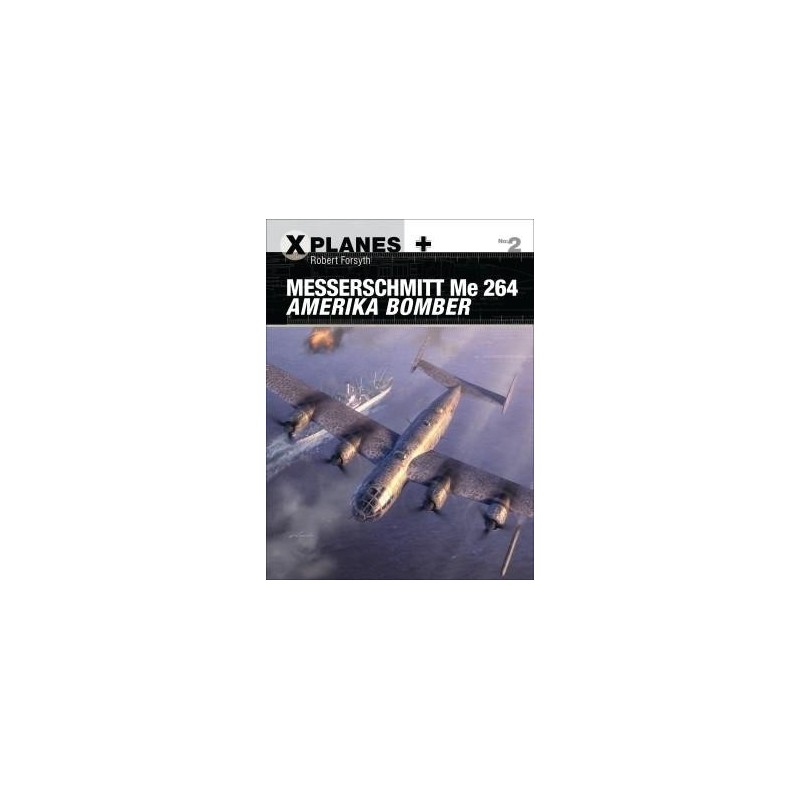 As Europe plunged into World War II, Hitler ordered the development of a hi-tech secret weapon capable of taking the war across the Atlantic - the Messerschmitt Me 264. Chosen from designs for an 'Amerika Bomber' tendered by Messerschmitt, Junkers and Focke-Wulf, this ultra-long-range aircraft would be capable of attacking cities in the United States. Just one month before the attack on Pearl Harbor and the American entry into World War II Hitler was promising, privately, to wage a 'new war' against the USA after his victories in Europe. Dazzling digital artwork and 50 rare archive photographs perfectly complement the detailed analysis offered by Robert Forsyth as he examines the development, intended role and influence of the aircraft that Hitler planned to use to bomb New York City.