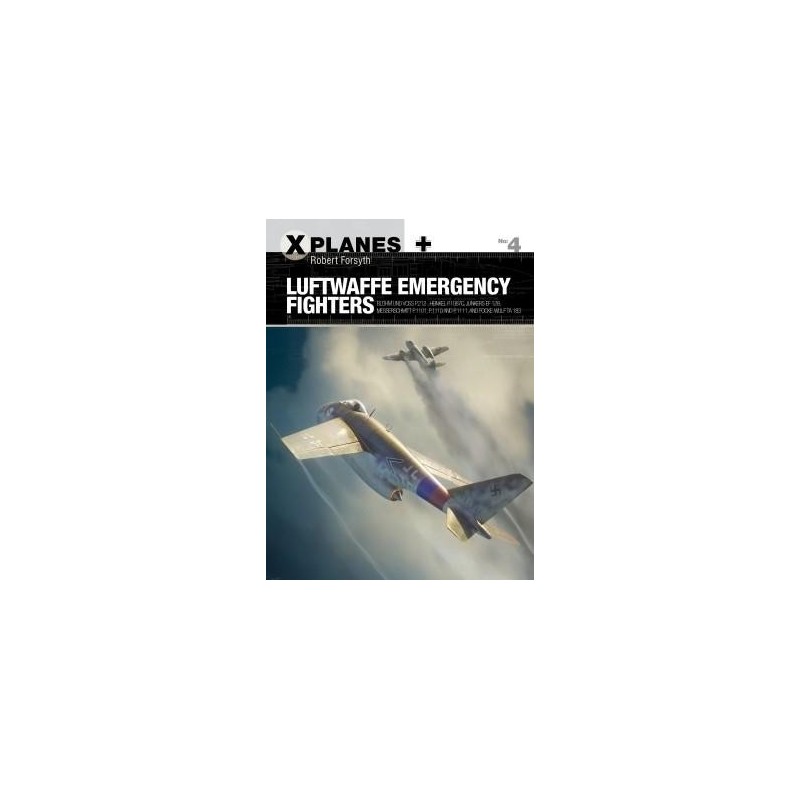 In late 1944, the German Air Ministry organised what it called an Emergency Fighter Competition' intended to produce designs for quick-to-build yet technically and tactically effective jet fighter aircraft capable of tackling the anticipated arrival of the B-29 Superfortress over Europe, as well as the British Mosquito and US P-38 Lightning which were appearing in ever greater numbers.

Thus was born a cutting-edge, highly sophisticated series of aircraft including the futuristic and elegant Focke-Wulf Ta 183: the extraordinary Blohm und Voss P.212, and the state-of-the-art Messerschmitt P.1101 series. Armed with heavy cannon and the latest air-to-air rockets and missiles, these were designed to inflict carnage on American bomber formations at high speed. Using stunning three-view illustrations of each prototype along with full colour artwork, aviation expert Robert Forsyth traces the history of the extraordinary aircraft of the Emergency Fighter Competition', Hitler's last throw of the dice in the air war against the Allies.