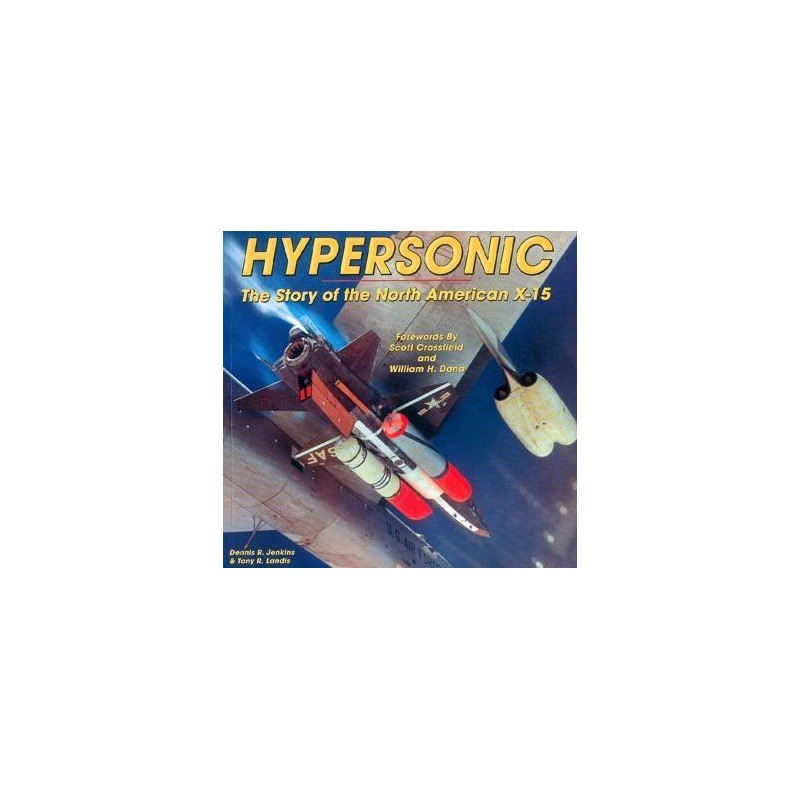 Nineteen years before Space Shuttle, the small, black, rocket-powered, bullet-shaped X-15 showed it was possible to fly into and out of space. There had never been anything like the X-15: it had a million-horsepower engine and could fly twice as fast as a rifle bullet. The X-15 set records that stood for years.

Specialty Press's bestseller, Hypersonic, has been re-released in a new softbound format at a reduced price. This book is the most extensively researched history of the X-15 program yet published. The book was written with the cooperation of surviving X-15 pilots as well as many other program principals and is based on six years of research in Air Force, NASA, and North American archives. It covers the tasks of converting and testing the B-52 carrier airplanes, building the first full-pressure suits to protect the pilot, building the first engineering mission simulators, acquiring the remote lakebed landing sites, and building the radar range. It also covers the flight program in detail, including the most authoritative flight log ever assembled: in many instances, information in this log was derived from the original flight-data recordings.

Also covered are each of the experiments that were flown aboard the X-15 late in its career when it became the workhorse of the space program, carrying such things as startrackers destined for the Apollo program and missile-detection systems that would later be sent into orbit on satellites.