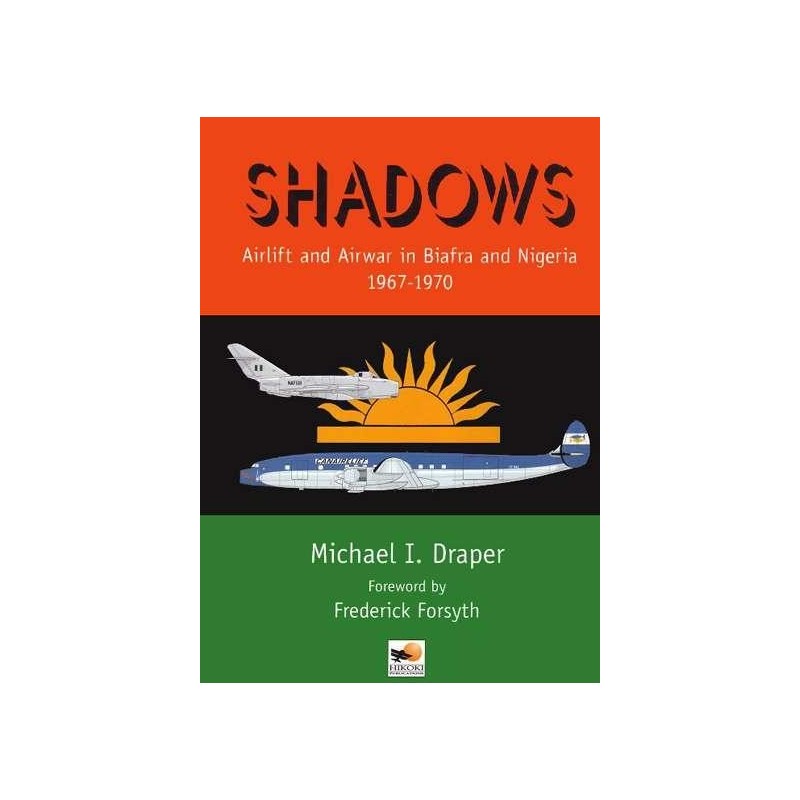 The Nigerian Civil War broke out in 1967 after the country's Eastern Region declared itself the independent state of Biafra. It lasted for nearly three years. Of the many conflicts and wars that have ravaged Africa this was one of the most hard-fought, and if ever an air war was fought in the shadows, then this was it. The Biafran Air Force was equipped with a motley mix of antiquated and modem aircraft, all obtained through dubious and clandestine channels. For much of the conflict it was overshadowed and outclassed by the Nigerian Air Force, equipped primarily with mercenary-crewed MiG 17s, Il 28s and L-29 Delfins. But Biafra held out, even though for most of the conflict it was landlocked, its only link to the outside world an air bridge to a converted bush airstrip deep in the Biafran heartland. It supported an amazing airlift of food and arms, second only to the Berlin Airlift of 1948. Fusing first hand accounts and much original documentation this is the story of a conflict which the world did not want to happen, but one which the illegal international arms trade wanted never to end. Foreword by Frederick Forsyth.