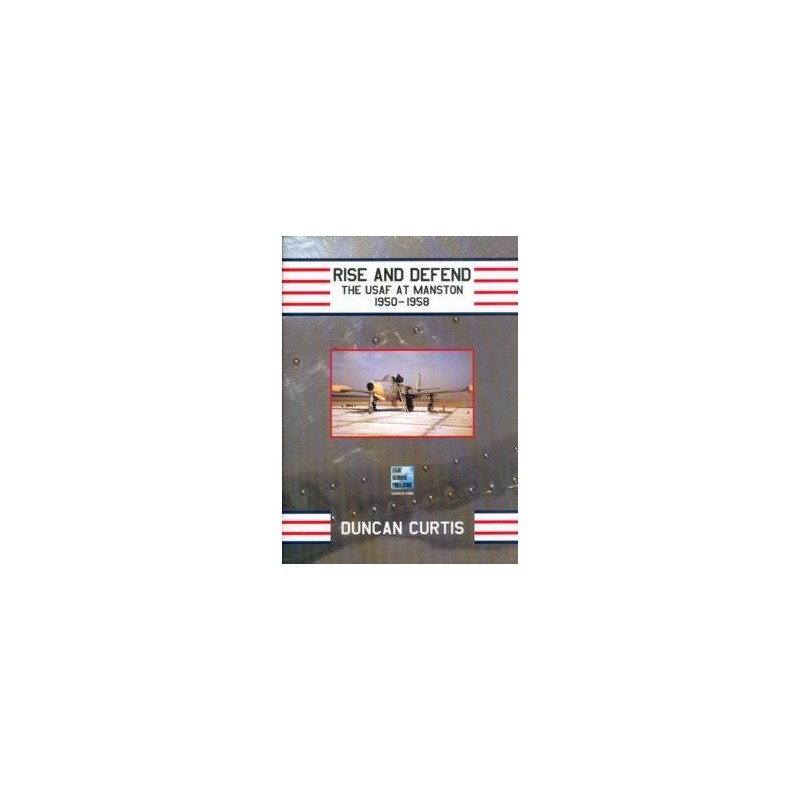 Taken over by the United States Air Force in 1950 as a direct result of the developing chill of the Cold War, the ex-RAF station at Manston in Kent served as a forward air base from which American aircraft could be rapidly deployed to meet the threat of incoming Soviet bombers, with an intercept area well away from the UK mainland. Manston also served as a base from which USAF forces in Europe could be speedily reinforced and also hosted some of the earliest helicopter-equipped dedicated SAR squadrons around the British coast.

Despite never firing a shot in anger, the Manston-based units played a major role in the development of operational use and tactics of jet aircraft such as the F-84 Thunderjet, the nuclear-armed Thunderstreak and the F-86 Sabre in their numerous variants. The difficulties and tribulations attached to these sometimes led to situations of extreme danger for the crews, but also occasionally of farce. In the end, Manston was closed as a USAF base not for military reasons, but in the interests of noise abatement... The author tells it as it was and the result is a fascinating record of the men, machines and operations out of Manston.

Duncan Curtis served in the Royal Air Force for 24 years as an airframe and engine technician. He is a specialist on the F-86 Sabre and has had five earlier books published on the subject. He is married and lives in Wiltshire.