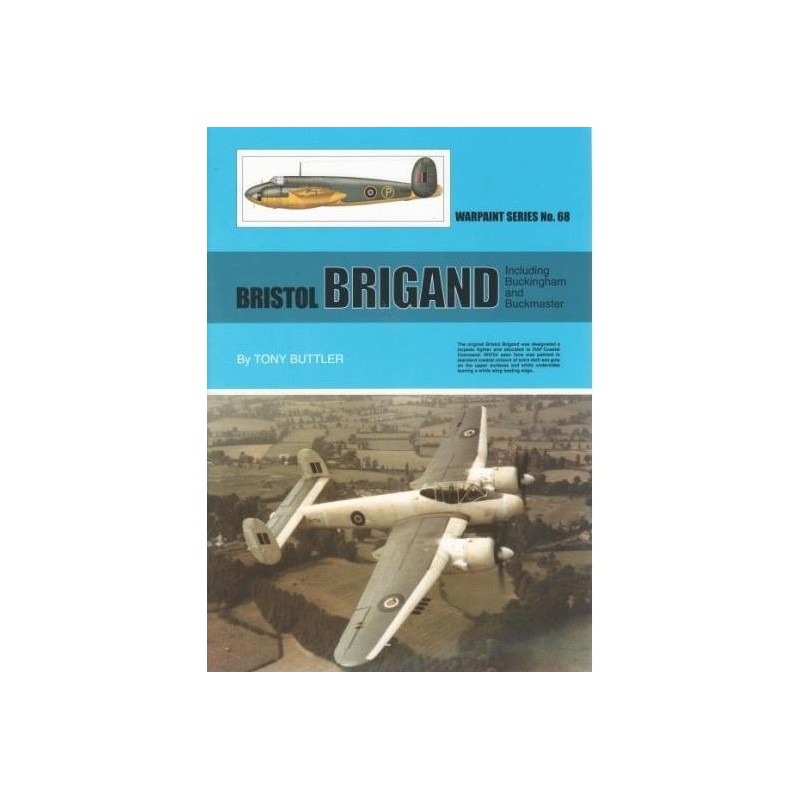 BRISTOL BRIGAND. Including Buckingham and Buckmaster.

The Brigand completed the series of twin-engined bombers designed by Bristol, starting in pre-war days, with the Blenheim The last three of these were linked in that they had a common denominator in the successor to the Beaufighter in the Buckingham. Regrettably this came too late for service in Second World War and was in the main cancelled along with a number of other good aircraft types at that time. The Buckmaster, developed at the same time was a side-by-side two-seat trainer which had the armament deleted and was originally to be the introduction to the bomber. Includes squadron and production details. Colour 5-view. 26 colour profiles. 2pp 1:76 scale plans. 3 colour and 46 black and white photographs.

BRISTOL BRIGAND. Including Buckingham and Buckmaster.