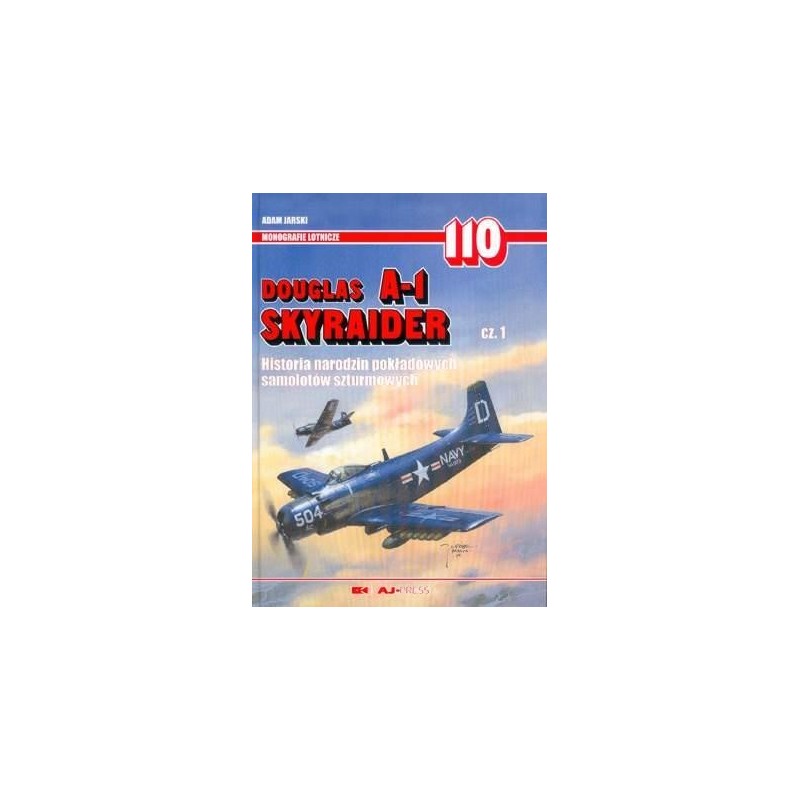 - First of two books about Skyraider attack plane, used by US Navy, as well as US Army Air Force. It begins with the story of difficulties on the road to attack plane construction during war. Several designs are described - dive bombers, scout planes and torpedo aircraft, which did not enter mass production or were manufactured in short series. Then the story of Skyraider birth follows: it is illustrated with memoirs of Ed Heinemann, the main designer of the aircraft. All versions of the plane are described in detail. The last chapter is the extensive technical description, full of photos and drawings from the aircraft's manuals. The book contains an insert showing scale plans and the other, presenting colour silhouettes.