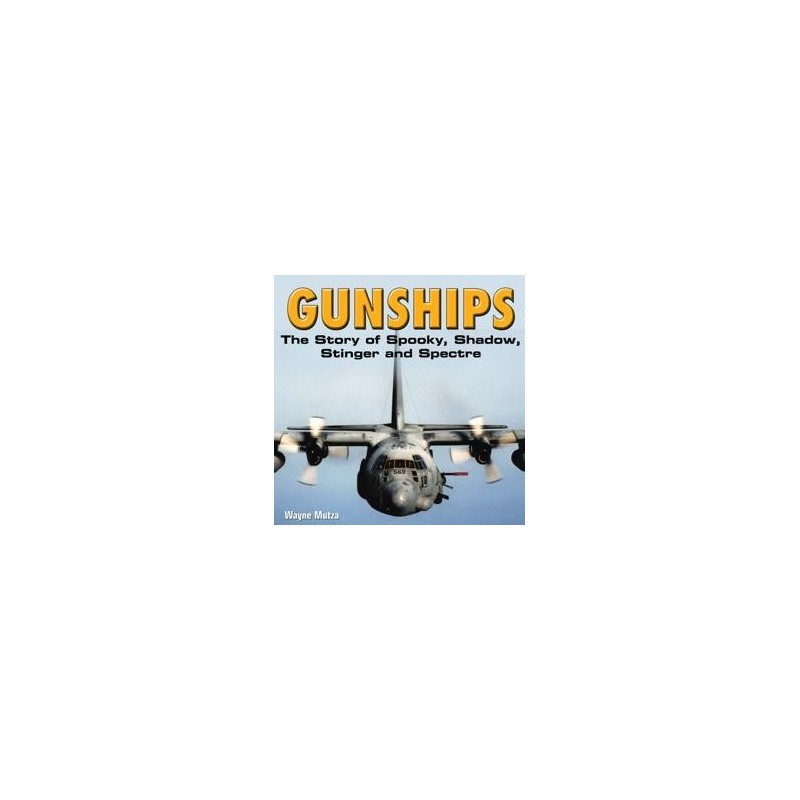 GUNSHIPS. The Story of Spooky, Shadow, Stinger and Spectre.

Details of the many different types of aircraft that were used as Gunships.

Gunships: The Story of Spooky, Shadow, Stinger and Spectre tells the dramatic story of transforming military cargo transports into deadly ground-attack aircraft used by the U.S. and other countries in worldwide conflicts from the Vietnam War to the Middle East today. This comprehensive and detailed accounting of gunships begins with piston-powered, WWII-era C-47s and progresses to the four-engine turboprop C-130 Hercules, showing how gunships evolved from using 20mm miniguns to 105mm Howitzers with digital-age Battle Management Centers housed onboard. These highly effective airplanes made history by removing the safe haven of night operations from the enemy, allowing strategic victory that might not have otherwise been possible.

Author Wayne Mutza not only carefully researched all of these aircraft and their paths to reality, but also tells the tale of the brave and persevering men who believed in this unique weapon system and who saw its development through to the end. This book features a wealth of outstanding color photographs, many of which have never before been published, and also contains detailed appendices documenting gunship production data, combat units, and aircraft losses.

GUNSHIPS. The Story of Spooky, Shadow, Stinger and Spectre.