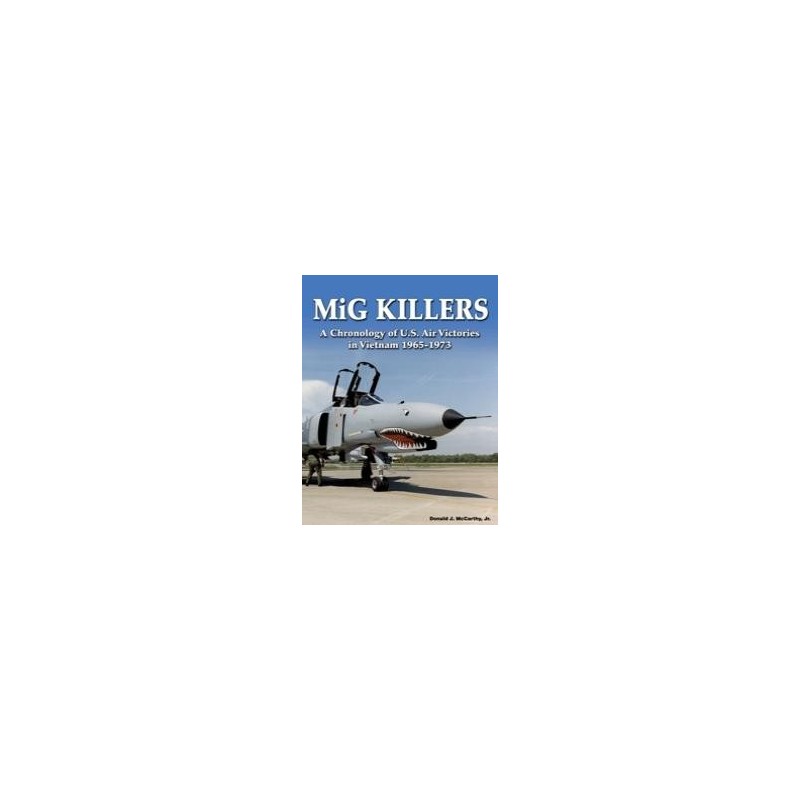 First book to list all 202 MiG kills of the Vietnam War in chronological order.

Uncovers fact that the vast majority of MiG kills were made by F-4 Phantoms in 1972.

Establishes the failure rate of air-to-air missiles designed for the Cold War but failed miserably in operational conditions.

MiG KILLERS: A Chronology of U.S. Air Victories in Vietnam 1965-1973 tells the dramatic story of U.S. Air Force and Navy flight crews who battled the Soviet-built enemy MiGs in the war-torn skies over Southeast Asia. A vivid and detailed narrative describes all 202 MiG kills made by six different aircraft types, and with every engagement arranged in chronological order.

This book also features the most complete photo documentation on this subject ever assembled. By using outstanding original, and military photography, much of which has never before been published, this book shows 169 of the 174 U.S. aircraft credited with MiG kills during the Vietnam War. It describes each aircraft with serial number, tail code, operational unit, crewmember names, call sign, and specific weaponry and tactics used in accomplishing each and every MiG kill made from April 1965 through January 1973.

Ideal for historians and modelers alike.