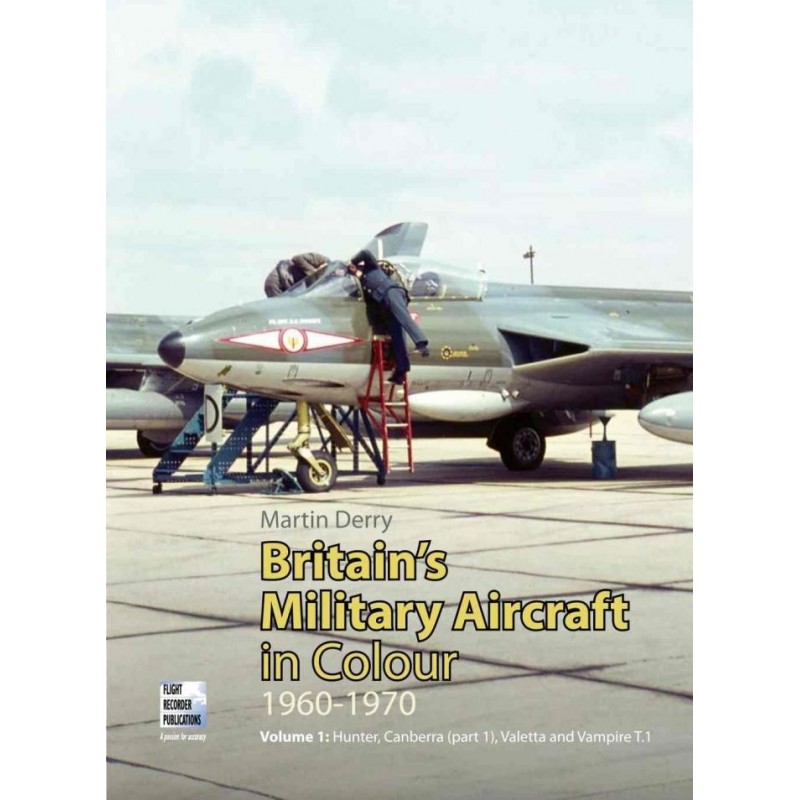 This book, together with 2 subsequent volumes, offers a nostalgic selection of colour images featuring four types of aircraft in British military, or Ministry service. Full advantage has been taken of a relatively scarce photographic opportunity from a period when a roll of colour film (eight exposures) cost approximately £5 a weeks average wage in the early 1960s.

Each volume contains fighter, bomber, transport and trainer aircraft each having an introduction and comprehensive captions to explain the various types in full detail. Serial numbers, units and aircraft histories are all covered and four-view artwork derived from specific photographs is included to provide in depth information for the enthusiast, historian or modeler.

Together with volumes 2 and 3, Britains Military Aircraft in Colour volume 1 will form a comprehensive record of British military aircraft of the 1960s.