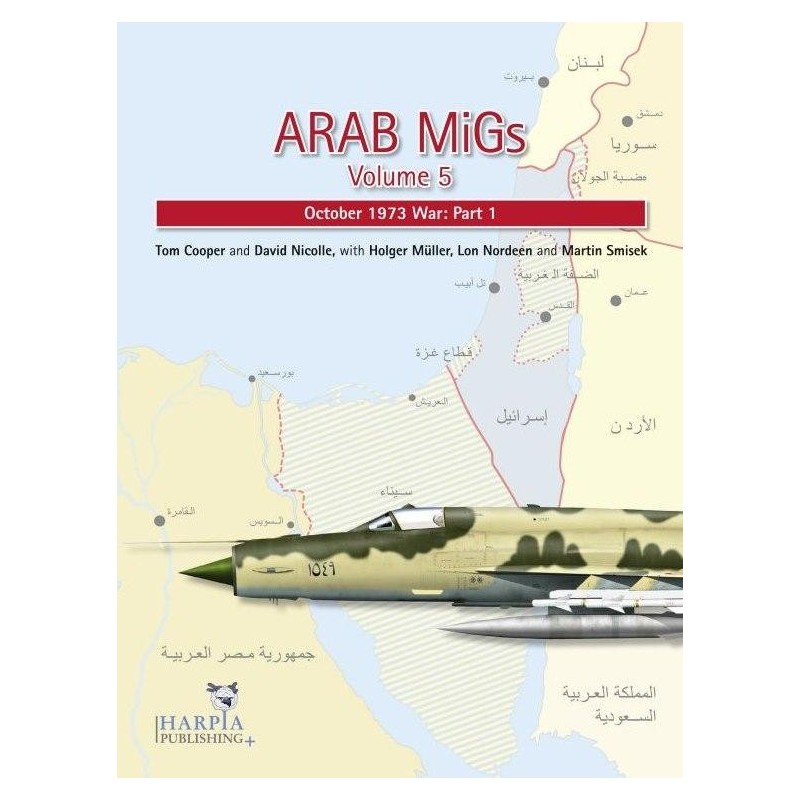 On 6 October 1973, the Egyptian and Syrian air arms opened an Arab attack on Israeli military installations on the Sinai Peninsula and in the Golan Heights. Thus began a war for recovery of territories lost to Israel during the June 1967 War, but also a war that was intended to repair damaged military and national pride, and a war that was to bring Israel back to the negotiating table. For the Israelis, who grossly underrated the capabilities of their enemies, it was a war that started with a surprise and alarming losses in men and material, and was characterized by the deployment of advanced electronics, computers and guided missiles. For the Arabs it was a war of revenge, in the best traditions of guts and glory. During the first few days of the war, the Arab air arms supported Egyptian infantry that stormed through the Bar Lev Line and Syrian mechanized forces that pushed into the Golan plateau. Egyptian and Syrian air defense forces inflicted unprecedented attrition upon the Israeli Air Force, denying it the ability to exercise aerial dominance and thus preventing it from playing a decisive role in the conflict. Gradually, the Israelis recovered from the initial blows, and their air force began exerting considerable pressure upon Syria. Undeterred, and reinforced by the Iraqi Air Force, the Egyptians and Syrians continued to hit back, turning the war into another slugging match of attrition. Clearly written and illustrated with a rich and unique collection of exclusive photography and original illustrations, Arab MiGs Volume 5 provides a detailed record of aerial warfare during the opening phases of the October 1973 Arab-Israeli conflict. Drawing on extensive research, declassified information, and interviews with dozens of participants, it recounts the origins, operational history, and battle performance of all the air forces involved. While emphasizing the Arab point of view, Arab MiGs Volume 5 goes well beyond standard histories to offer suppressed information and a plethora of new insights, well away from the bias and distortions of both sides. As such, it is the first comprehensive analysis of the aerial operations waged by both sides in this conflict.