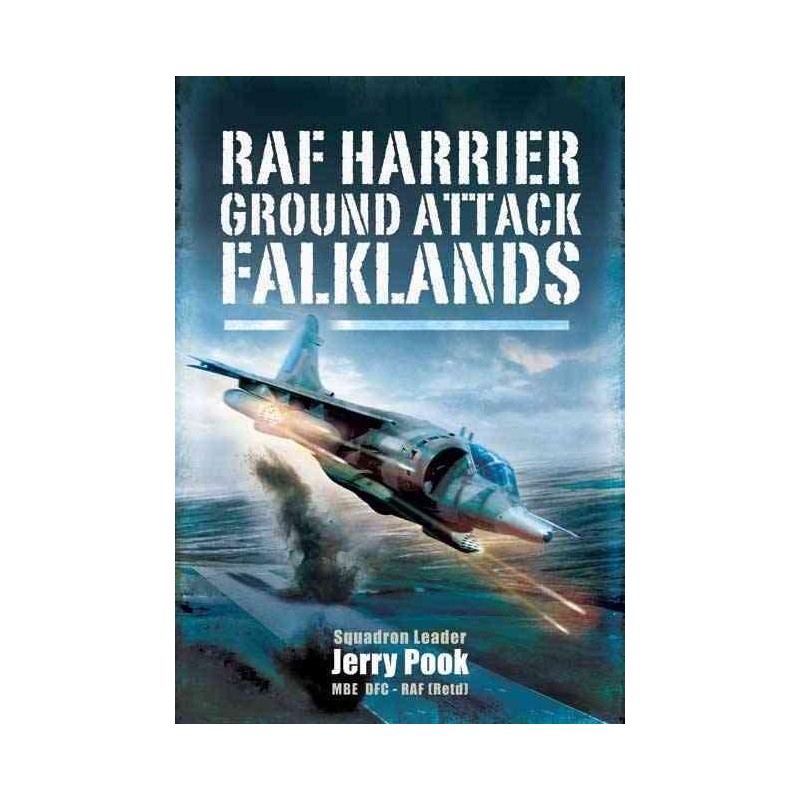 During the Falklands war Jerry Pook, a pilot in No. 1(F) Squadron RAF, flew air interdiction, armed recce, close-air-support and airfield attack as well as pure photo-recce missions. Most weapons were delivered from extreme low-level attacks because of the lack of navigation aids and in the absence of Smart weapons. The only way he could achieve results was to get low down and close-in to the targets and, if necessary, carry out re-attacks to destroy high-value targets.

Apart from brief carrier trials carried out many years previously there had been no RAF Harriers deployed at sea. The RAF pilots were treated with ill-disguised contempt by their naval masters, their professional opinions ignored in spite of the fact that the RN knew next to nothing about ground-attack and recce operations. Very soon after starting operations from the aircraft carrier HMS Hermes the squadron realised that they were considered as more or less expendable ordnance.

The Harriers lacked the most basic self-protection aids and were up against 10,000 well-armed troops who put up an impressive weight of fire whenever attacked.