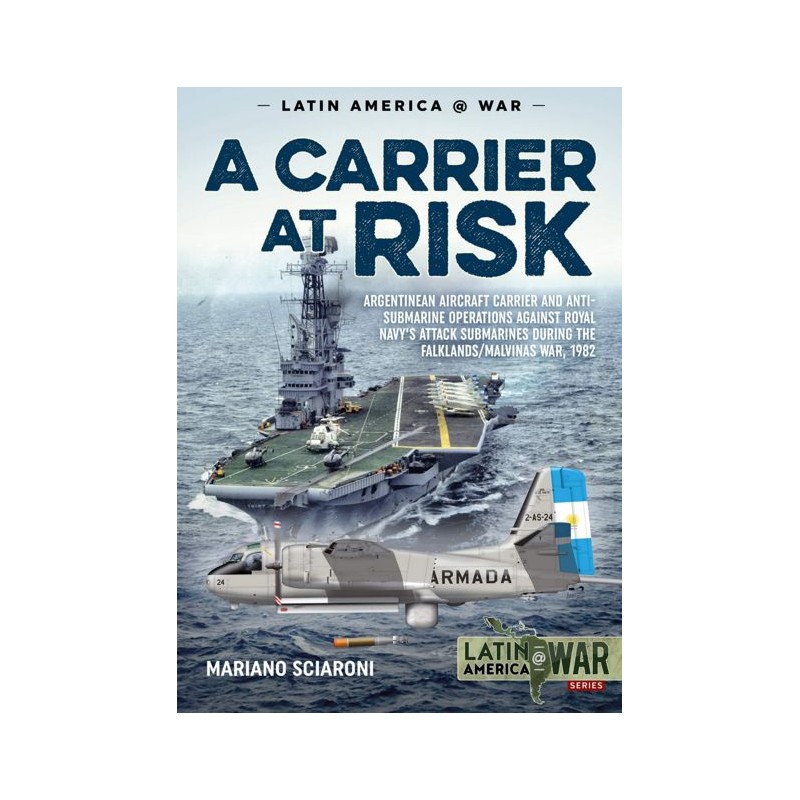 A CARRIER AT RISK.

Argentine Aircraft Carrier and Anti-Submarine Operations Against the Royal Navy's attack submarines during the Falklands/Malvinas War, 1982.

The naval warfare of the last few decades appears dominated by operations of fast missile craft and a wide diversity of other minor vessels in so-called ‘littoral warfare’. On the contrary, skills and knowledge about anti-submarine warfare on the high seas – a discipline that dominated much of the World War II, and once used to be the reason for existence of large fleets of the North Atlantic Treaty Organisation (NATO) and of the Warsaw Pact – appear nearly extinct. Indeed, it seems that no armed conflicts involving this form of naval warfare have been fought for a significant time. As so often, the reality is entirely different. Submarine and anti-submarine warfare remain one of most sophisticated forms of armed conflicts to this day. Unsurprisingly, considering the amount of high-technology equipment necessary for their conduct, they are shrouded behind a thick veil of secrecy. This is why the operations of the sole Argentinean aircraft carrier – ARA 25 de Mayo – during the much-publicised war in the South Atlantic of 1982 remain largely unknown until this very day. It is well-known that the United Kingdom deployed the largest task force its Royal Navy had assembled since the Korean War over 12,000 kilometres away from home. It is well-known that the operations of this task force proved decisive for the outcome of the war: it not only brought the air power that established itself in control of the air space over the battlefield, but also hauled all the troops and supplies necessary to recover the islands that were the core of the dispute. However, the impression created very early during this conflict – and largely maintained until today – is that ARA 25 de Mayo and other elements of the accompanying Task Force 79 of the Argentinean Navy were forced into a hurried withdrawal by the sheer presence of multiple nuclear attack submarines of the Royal Navy. Based on years of research, including extensive investigation into naval operations of both sides of the conflict, ‘A Carrier at Risk’ is a vibrant and lucid account of a week-long cat-and-mouse game between anti-submarine warfare specialists on board ARA 25 de Mayo, and multiple nuclear attack submarines of the Royal Navy: an entirely unknown, yet crucial aspect of the South Atlantic War. Illustrated by over 100 photographs, maps, and colour profiles, this volume closes one of the major gaps – though also a crucially important affair – in the coverage of this conflict.