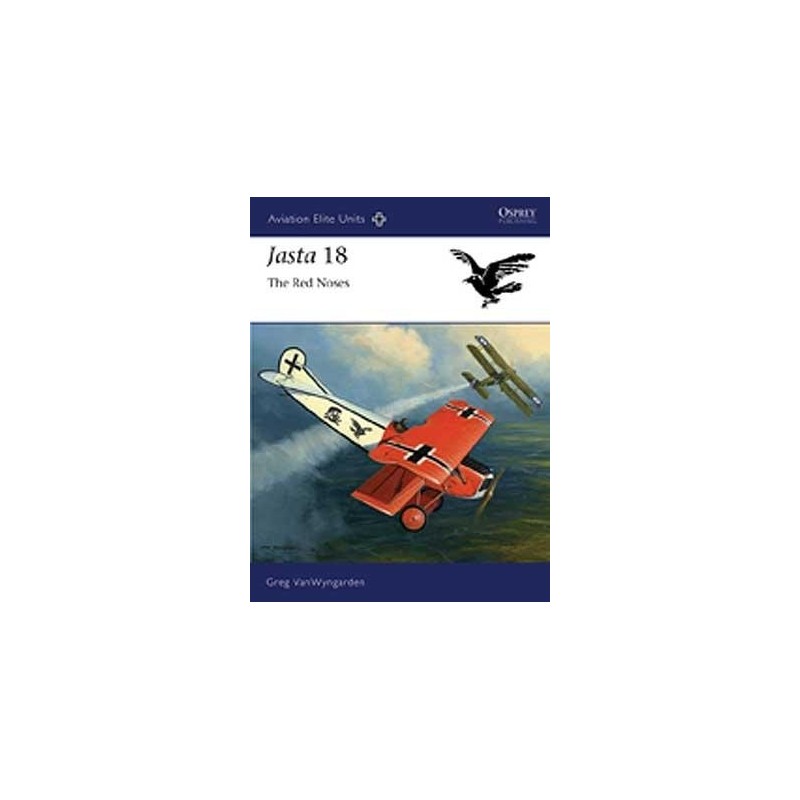 The history of Royal Prussian Jagdstaffel (or Jasta) 18 is one of the more unique and complex of German fighter squadrons of World War I. In fact, the unit could be said to have had something of a split personality. Formed in Flanders at the end of October 1916, the Jasta was first commanded by Oblt von Grieffenhagen, who led it to 35 victories in nine months. In August 1917, the aggressive and demanding Oblt Rudolf Berthold took over the Staffel and brought a cadre of seasoned pilots with him from his former command. Berthold moulded his new unit into a dedicated group of hunters, and left his stamp on the unit with a striking colour scheme of red-nosed Pfalz and Albatros fighters with dark blue fuselage and tail surfaces. This book tells the complete story of the unit, the victories, the defeats and the great aces who flew the red-nosed fighters.