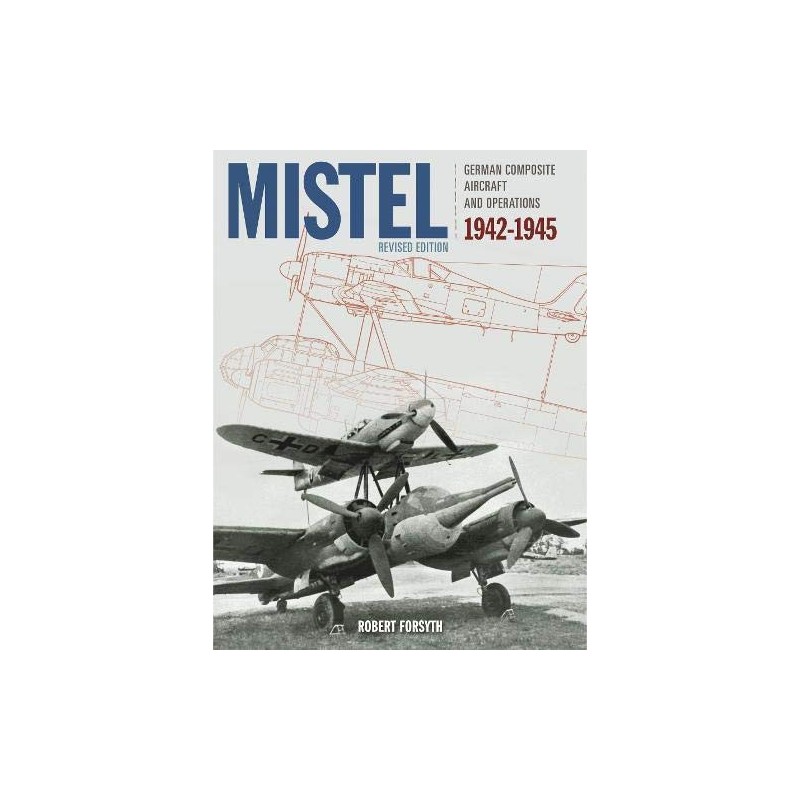 This is a revised and reworked edition of the author’s long out of print 2001 study of the origins, development and operations of Germany’s composite aircraft during the Second World War. Known as the ‘Mistel’ concept, the designs were originally intended for use in peacetime as a means of extending the range of aircraft, but in 1942 a small team of pilots and engineers adapted the idea for military usage.

Comprising Bf 109 or Fw 190 fighters as upper components mounted on top of ‘war-weary’ Ju 88 airframes fitted with massive hollow-charge warheads replacing their cockpit sections, these extraordinary machines were deployed for the first time off Normandy in July 1944. They were later used in sporadic missions over the Western Front before the Luftwaffe used them in numbers in a last-ditch attempt to try to halt the Soviet advances across the Oder, Warthe and Neisse rivers during the last weeks of the war.

The Mistel’s size and hazardous nature meant that only experienced pilots could fly it, but despite its complexity, it handled well and its control systems were remarkably sophisticated and responsive.

This fascinating and exhaustive study is accompanied by hundreds of rare photographs as well as maps, colour artwork and detailed technical drawings.