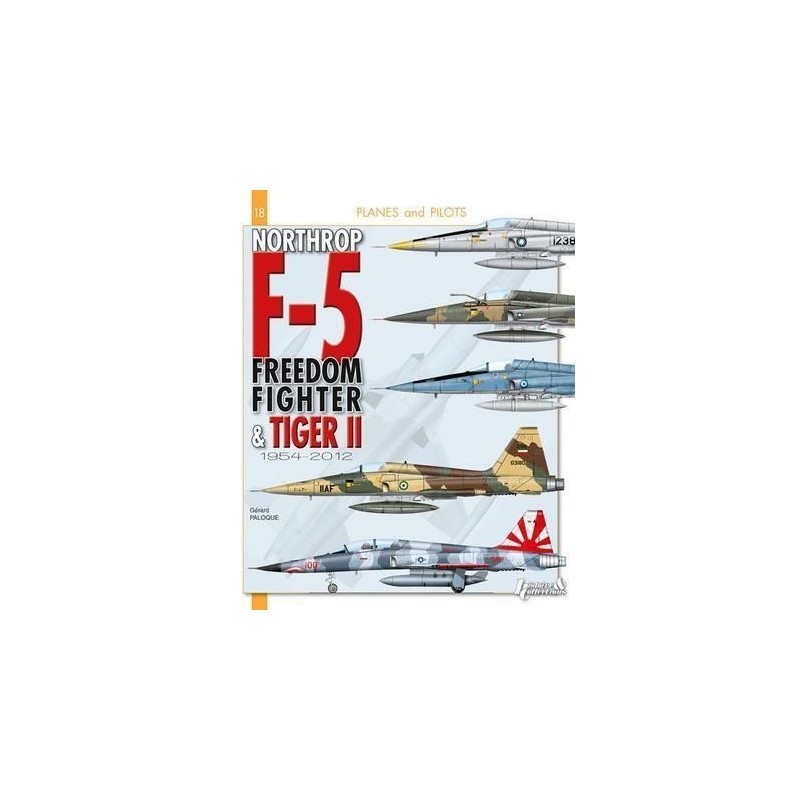 Although it was originally intended to provide the USAF with a lightweight fighter, in the end the Northrop F-5 had rather a marginal career in the United States, which used it mainly for training pilots in aerial combat. On the other hand it was a real success in the export market, with more than twenty countries around the world choosing this little effective twin-engined fighter which above all was cheap, particularly when it was partly subsidized by the United States. Its success continued with the improved version, the Tiger II, so much so that in all more than 2 600 examples of all versions of the F-5 came of the production lines with a few of them still fl ying nowadays in some air forces, thanks to the various update programmes which have permitted air forces to envisage prolonging their use until 2015-20.