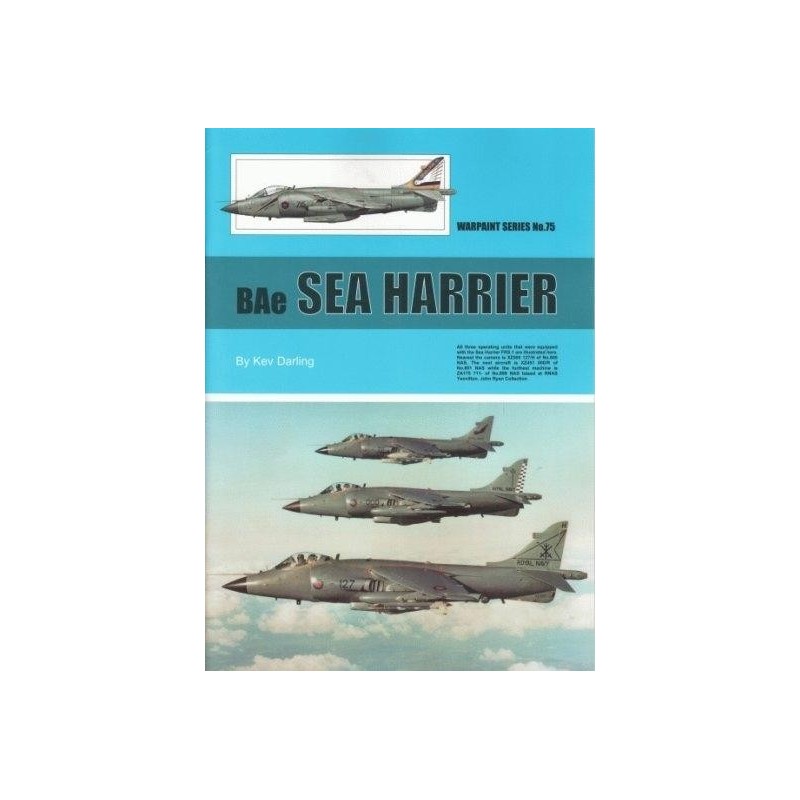 Famous for the role it played during Operation Corporate, the retaking of the Falkland Islands, the HSA/BAES Sea Harrier was suddenly withdrawn from service in 2005. This left the Royal Navy without its own fixed wing deterrent for the first time in nearly 90 years. Designed by Hawker Siddeley Kingston as a minimum change sea going version of the RAF Harrier, the Sea Harrier would be optimised for service afloat. Unlike its RAF counterpart the naval aircraft was also required to undertake interception duties thus a modified nose incorporating a radar system plus its associated avionics was needed. Not only did this improve the types capability, it also improved the pilots all round visibility. After sterling service over the Falklands it was decided to address some of known shortcomings of the FRS.1. To that end a redesign of the nose area was undertaken this allowing for the incorporation of an improved radar unit and upgraded avionic systems. While a new batch of aircraft was authorised, such was the shortage of airframes that it was decided to convert all of the remaining FRS.1 airframes to this new version, thus the F/A.2 was created. This version also saw its fair share of conflicts notably over the former Yugoslavia. To support the fighters a handful of two seat Harriers were acquired while overseas exports were limited to the Indian Navy. Written by Kev Darling this latest Warpaint covers all versions of this unique naval aircraft and is illustrated in colour by Richard J.Caruana. Unique 1:72nd scale plans are also included as well as a list of operators plus production details.